The Judge Lewis House is located in beautiful Winterset, Iowa. Winterset is the county seat of Madison County, home to the world renowned covered bridges made famous by “The Bridges of Madison County” novel and film. Our property is only a few minutes from each of these historic bridges. We are also just minutes away from the Madison County Historical Museum, The Iowa Quilt Museum and the John Wayne Birthplace & Museum.

The Judge Lewis House was built in 1867 by Judge William Henry Lewis. Mr Lewis was one of Winterset’s early pioneers, coming here in1864 to settle in a community where he could practice law. Among his other professions, Judge Lewis served as the Mayor of Winterset, and was a teacher as well as a lawyer. Judge Lewis was also Superintendent of the construction of our beautiful courthouse, and we have been told that he was the builder of the beautiful carved stair casings in the building. He moved his wife to their new home, which he had previously built, in 1870. Here he gave up law and began a well known nursery. He called his land “Fairmont,” and it was here that he sold trees and shrubs of all kinds all over the state.

We are so fortunate to have some of Judge Lewis’ own personal writings for you to enjoy. He was proud of his land and we are so exited to share it with you. Our home is a simple Carpenter Gothic Farmhouse with loads of history. Our barn is original to the property, and you are free to roam about and enjoy it. The property also features a playhouse for your children (yes, we welcome kids!) as well as a park-like setting playground. The chicken coop will soon be busy with lots of chickens, too! If you want, you can feed Nell and Rose — our two horses —  and the cats as well. While you’re at it, you might as well feed Hank. He is our hound dog, and he’d love to show you around!

Give us a call… We would love to have you here. 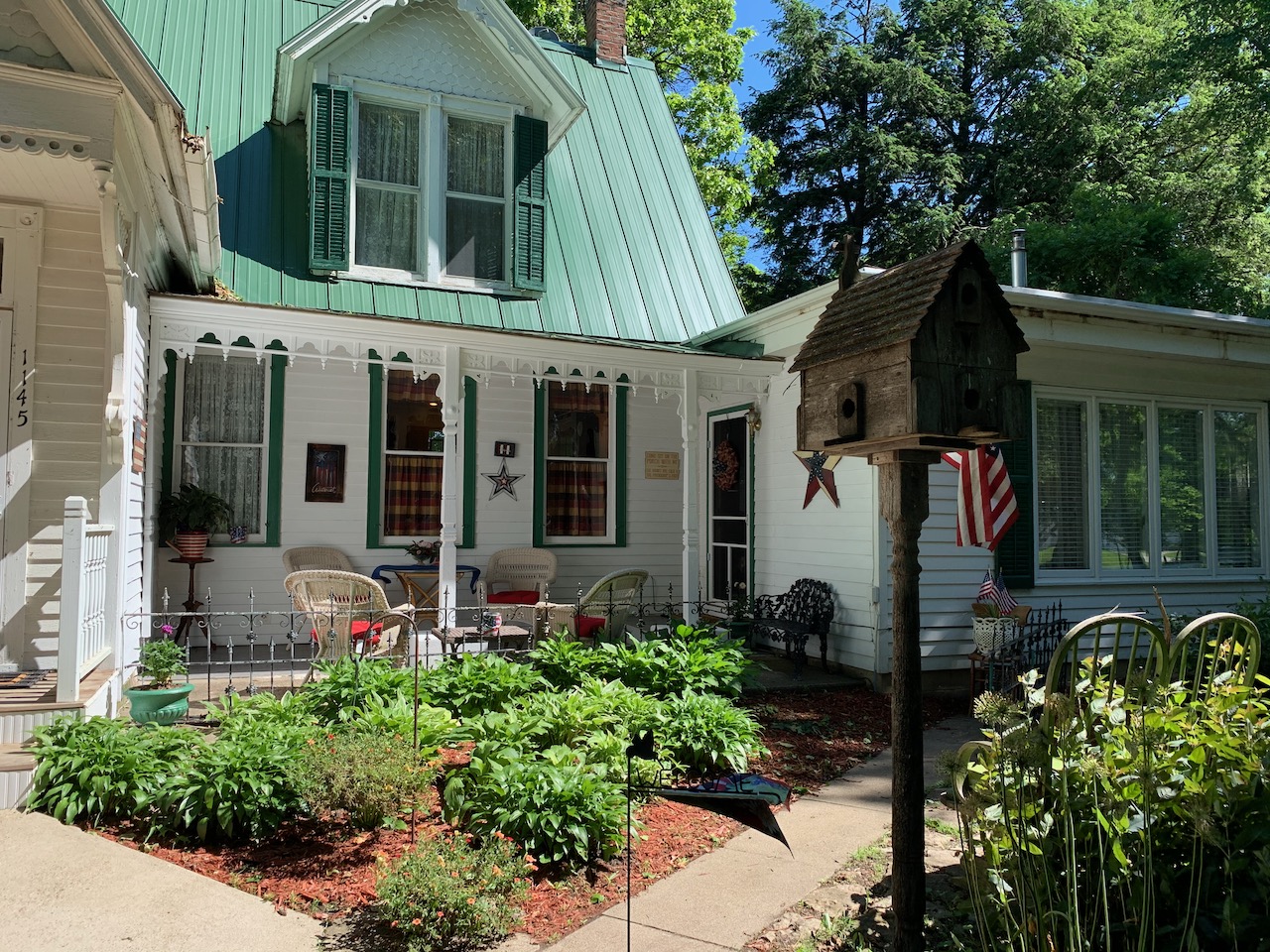